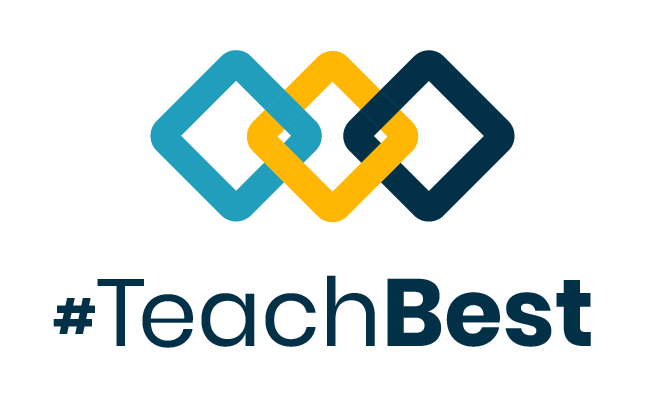 A look at recent ITT inspections, by Terry Russell and Julie Price Grimshaw

A look at recent ITT inspections

We have put this brief overview together as a result of reviewing the revised inspection framework and how it is being applied as identified through the current published reports and discussions with a range of providers.

The last 16 months have brought enormous challenges to all of those working in education, including ITT providers. During the final term of what was described by many as ‘the most difficult and exhausting year ever’, Ofsted took the decision to begin inspections of ITT providers under a brand new and demanding framework. Having read the published reports, we are appalled at the tenor of the narratives given to providers – particularly those who have been downgraded to ‘inadequate.’

The reports show that the evidence base for the judgements made are flimsy in the extreme, repetitive, poorly written, hyper-critical, demoralising and humiliating. It is totally unacceptable that programme leaders across the whole sector, who have turned themselves inside out for two years in order to ensure that trainees get the best possible deal, can be treated like this. We know that some course leaders have suffered illness and extreme anxiety as a direct result of these inspections. Already we are seeing providers taking the decision to close.

It is easy to see why providers are telling us that they felt that their inspection outcomes were ‘a foregone conclusion’, with inspectors seemingly deliberately seeking out negative examples of supposed evidence for damning judgements. For example, one report emphasises negative comments on the provision apparently made by trainees. Another report refers to positive comments made by trainees – but then suggests that the trainees are wrong to be positive because they don’t have anything with which to compare the programme. How would they?

Ofsted had informed providers that this would be a ‘transition year’ in order to allow time for the CCF to be embedded. This seemed a sensible approach given that partnerships have struggled so badly as a result of the Covid pandemic. However, the reports indicate that no such consideration was given and indeed providers are criticised for not having the new curriculum ‘fully embedded.’ The Ofsted inspection framework explicitly states this ‘transition’ on page 60, as follows:

This is further backed up through the September 2020 Ofsted newsletter:

It is clear from a range of explicit statements in reports that Ofsted are not adhering to their own procedures with regard to this ‘transition’ element. As the reason why new curricula were needed was the CCF, it is extremely disingenuous to suggest that this doesn’t apply to the CCF.

Some reports are almost entirely negative with page after page blaming ‘leaders’ for a whole raft of supposed failures, including letting down their trainees. We know that some of these leaders have suffered illness, bereavement and many Covid-related issues but have nevertheless worked tirelessly to ensure that trainees have received the best possible experience. It is not difficult, therefore, to empathise with those who now feel totally devastated as the brutal and insensitive criticisms of their work are displayed for all to see.

Ofsted’s own code of conduct for inspectors states that inspectors should ‘…treat everyone they meet during inspections fairly, with respect and sensitivity’, and also that they should ‘take all reasonable steps to prevent undue anxiety and to minimise stress.’ In our experience of some recent inspections, nothing could be further from the truth. Course leaders reported that they felt ‘battered and bruised’ or even ‘totally shot to pieces’ after discussions with inspectors. Some said that it was the worst experience of their professional lives and are unable to speak about their inspections without becoming distressed.

Some reports include comments about non-compliance that make little sense, especially as the DfE had issued revised guidance on the Secretary of State’s requirements. Here are a few examples of the lack of reference to the transition year and the way inspectors are referencing compliance:

Were Ofsted aware of the modified criteria? Did they even realise that providers and schools were experiencing an unprecedented level of stress and challenge? The reports suggest not.

The non-compliance issue related to Criterion 2.1(a) is extremely serious as it implies that trainees could not meet the Teachers’ Standards as a result of their training. Yet we have both scrutinised evidence of some of these trainees and observed them teaching; we have seen confident, resilient teachers who have rightly been recommended for QTS and will no doubt be a credit to the schools in which they have secured employment. Surely it is unlikely that they met the Teachers’ Standards ‘by accident’ rather than as a result of their training? For many years, external examiners have been carrying out rigorous and robust work, but Ofsted did not appear interested in this evidence.

We cannot see from what has been written how Ofsted are independent from the DfE. A simple example of this is based within the inspection framework where there are apparently two stages of non-compliance, one suggesting that it is not as important as the other. We have no idea how the DfE can allow this to be used against the ITT Criteria which simply talks about compliance in all iterations that we can remember. A compliance issue should only equate to an inadequate grade. Several references to compliance identified in reports have related to training, an issue in itself maybe but a training issue, not a compliance issue.

At least one of the providers judged to be ‘inadequate’, with an entirely negative report, had previously been graded as ‘outstanding’. Indeed, it is common knowledge that almost all providers of ITT over the past 15 years or more have been graded as good or outstanding. For providers to be downgraded in such a dramatic way, there can only be two explanations: either Ofsted have got things very wrong for a very long time – or the goalposts have been moved so far that they are now, suddenly, on a completely different playing field.

The fact that such reports have been published raises serious questions about Ofsted’s own quality assurance procedures. We hope that all members of the review team, including those directly involved in ITT are aware of the immense damage the current review recommendations will have for the sector and that the inspection reports published so far will only fuel the recommendations.

When we were trained as inspectors, an experienced HMI told us, ‘We inspect without fear or favour – but we must never forget that we are dealing with human beings.’ Sadly, there is little evidence of this now. It appears that some inspectors have very limited knowledge of ITT, certainly compared to those they are inspecting. Providers who have been judged as ‘requiring improvement’ or ‘inadequate’ should hold their heads high and recognise the value of their work, particularly during this extremely challenging year.

You can find out more about which cookies we are using or switch them off in settings.

This website uses cookies so that we can provide you with the best user experience possible. Cookie information is stored in your browser and performs functions such as recognising you when you return to our website and helping our team to understand which sections of the website you find most interesting and useful.

Strictly Necessary Cookie should be enabled at all times so that we can save your preferences for cookie settings.

If you disable this cookie, we will not be able to save your preferences. This means that every time you visit this website you will need to enable or disable cookies again.